Washington's Dilapidated National Mall Gets a Needed Boost at Fundraiser

Young D.C. professionals mixed and mingled Thursday night at a fundraiser for restoration of the National Mall, the beloved heart of the Nation's capital. The cocktail benefit was for the Trust for the National Mall, a nonprofit partner of the National Park Service dedicated to restoring the Mall, which has become rundown due to lack of funding and 30 years of neglect. "This is America's front yard," exclaimed John "Chip" Akridge, the chairman of the Trust for the National Mall and of Akridge commercial real estate. "Our goal is to make the Mall the best damn park in the world." Speaking to the packed crowd of attractive young professionals at a lounge on K Street, Akridge said that he had seen Interior Secretary Ken Salazar earlier in the day and gave him one of the organization's lapel pins. "We are your partner," Akridge reported Salazar saying to him. "I will take that pin and I will wear it." Salazar delivered nearly $55 million for repairs to the Mall from President Obama's economic stimulus package last year. These funds, though, are inadequate to make up for the $350 million lost over the years in deferred maintenance. On top of that amount, the Trust estimates that another $150 million is needed for improvements to visitor facilities, for a total fundraising goal of $500 million. The National Mall was part of Pierre L'Enfant's 1791 design for Washington. He envisioned an open public space where people could celebrate America's heroes. Over the years, the 700-acre expanse in the center of D.C. has added monuments to Presidents Lincoln, Jefferson and Washington, as well as memorials to veterans of the Korean, Vietnam and Second World Wars. However, the Mall is currently in a dire state. It draws 25 million visitors each year, and many of them comment on such major concerns as the sinking Jefferson Memorial seawall, the brown and barren footpaths, and the stagnant pools of water (or sometimes just empty pools). 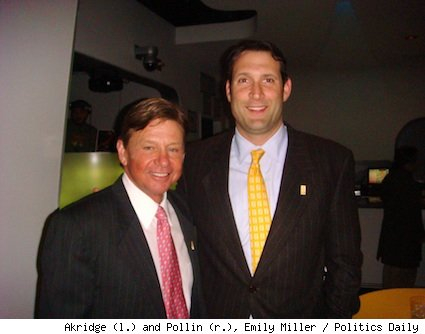 "I go running on the Mall on weekends, as many of you do," Chopivksy said. "There is no reason it can't be a world-class park."

I too go running on the Mall and would love to see clean water and grassy paths again in this iconic American park.