While Dr. Martin Luther King Jr. was being targeted by assassin James Earl Ray, veteran White House reporter Helen Thomas was where she always was; waiting for a press briefing at The White House. “When someone blurted out that King had been killed, everyone was in a state of shock,” Thomas remembers. “We just waited for President Johnson to make a statement. Then, Washington blew up. Fires and riots were everywhere. It almost closed down the city.”

Representative Diane Watson (D-CA) was watching television at home. “They flashed a bulletin showing a group from The Lorraine Hotel in Memphis,” Watson said. “I was startled, but not surprised. When he became a global figure, he also became a target.”

King himself always said he did not expect to live a long life. 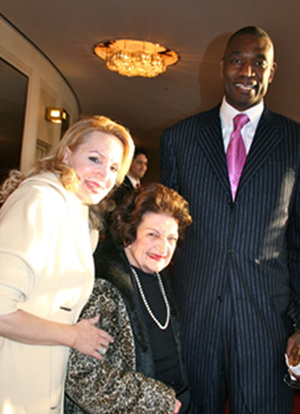 NBA All-Star Dikembe Mutombo was living in the Congo when at 18 he learned through his parents of this civil rights world leader who brought freedom to the black people in America.

This last week, Mutombo participated in a musical tribute honoring the late civil rights leader at The Kennedy Center attended by President Obama and hosted by Andrea Roane, anchor of WUSA TV.

“MLK day is one of pride of being an American,” said Roane. “Dr. King said one day we will be judged on character not just color of our skin. We are not a perfect union but we as a nation are trying to fulfill Dr. King’s dream.”