As guest of my friend Janet Staihar, I had the pleasure Monday of attending a fund-raising evening for Clark Ray, candidate for DC City Council. Physician, businessman, new father of triplets, and oh so gracious host, Dr. James D’Orta (shown left below) welcomed 150 friends and supporters of Clark Ray to his elegant home, the former Georgetown residence of Ambassador Averell and Pamela Harriman. As Dr. D’Orta told us, “It’s a gathering place for great people.” A great gathering place! 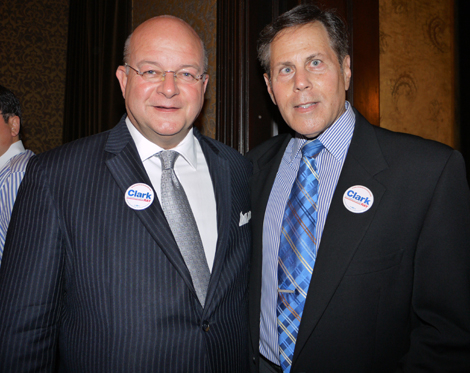 “Who am I, and why am I here?” With that, very special guest of honor, former Secretary of State Madeleine Albright opened with a recent travel story. On her way back from China, while emptying her carry-on bag onto the security conveyor belt in Chicago, a fellow traveler was impressed. “Where did you get all those screw-top bottles?” By now, security had recognized her, lavishing praise for work done during her tenure on behalf of the people of war-torn Bosnia. Crowds gathered and photos snapped before the Secretary had a chance to call out, “The Container Store.” The woman now wanted to know what all the fuss was about. “Well, I used to be Secretary of State.” “Of Bosnia?” the woman asked.

As the laughter subsided, she continued. “I normally don’t get involved in primaries,” she told the attentive crowd, but "DC desperately needs vision, and freshness of views.” 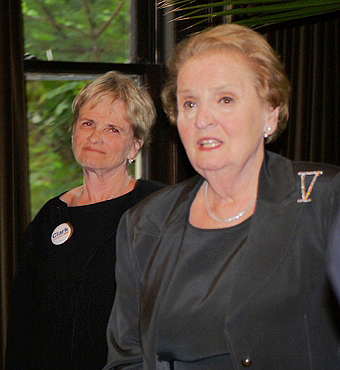 Earlier in the evening I asked Peter Rosenstein (shown above with Dr. James D'Orta), chief strategist and Ray friend how he was able to get the Secretary to come. “Dog parks”, he answered. Turns out, Kathy Silva, Secretary Albright’s sister, (pictured at right) in addition to being a Ray friend and supporter, is a grateful dog lover. As director of the Department of Parks and Recreation, Clark Ray constructed the city’s first official dog park.

Former first lady of the District, Cora Masters Barry began her introduction with a quote from Maya Angelou. “The most important virtue is courage.” She went on, “This is a courageous man. We need someone on the city council who will care and represent the people.” 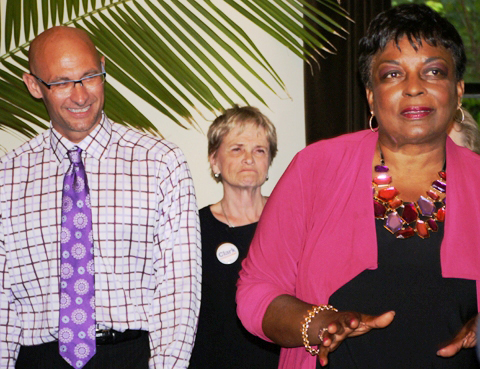 After thanking his host, supporters and “rock, his partner Aubrey Dubra (shown below), candidate Clark Ray told his supporters, “We deserve transparency. The city council is not a place to recycle politicians. Sixteen years is too long.” He always carries a photo of incumbent Phil Mendelson with him on his door-to-door campaigning. “Is that your dad they often ask?” It’s Ray’s way of underscoring his own commitment while introducing himself. 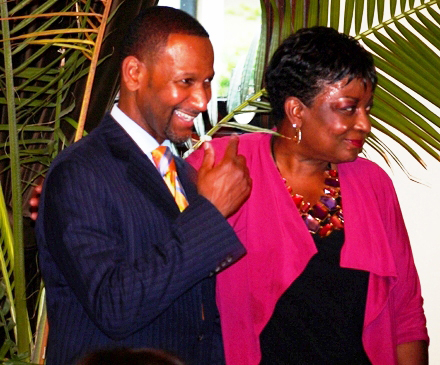 “Come with me to Ward 8 where the streets are full of people looking for work.” Ray invited his supporters to walk with him around the city as he outlined his platform that starts with education reform and access to quality education. 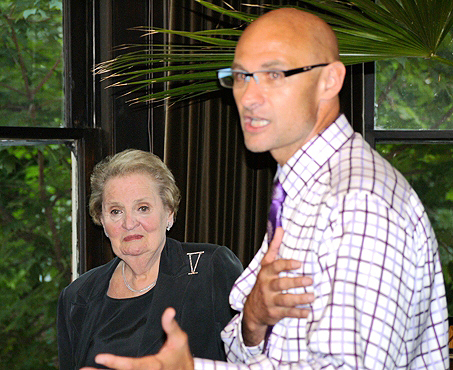 First thing he would do is create a public ombudsman. “Math and science are important, but so are music and art. “It’s unacceptable that high school graduates in this world-class city haven't been to the Smithsonian.” He continued. “Crime is everybody’s business. Adrian Fenty agrees that all is not right with the juvenile justice system." 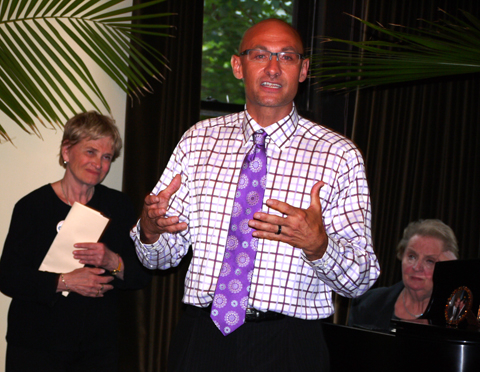 Conceding the need for more than friends and votes, the candidate encouraged what he calls “the wince factor. “Give till you wince.” he asked the gathering. 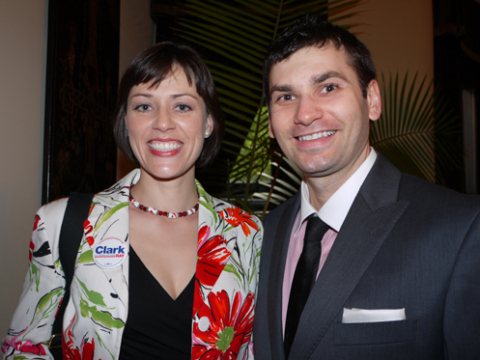 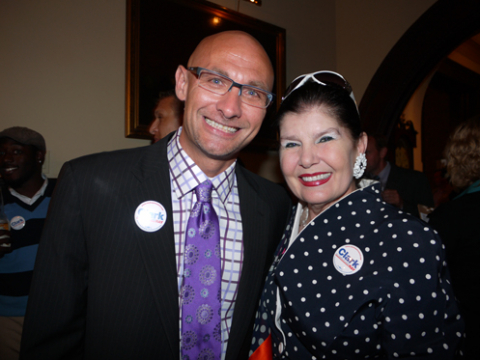 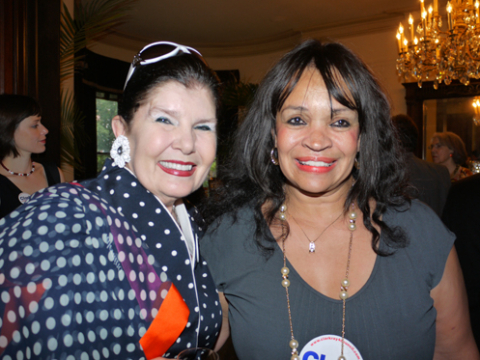 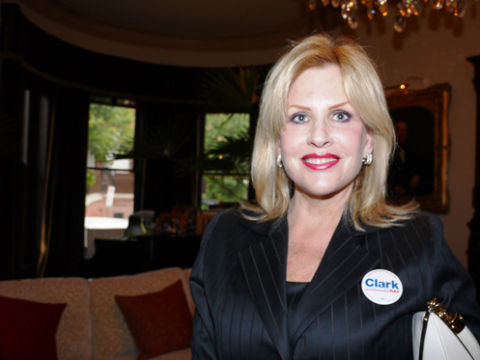 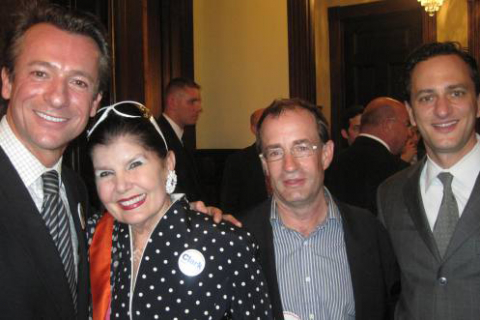 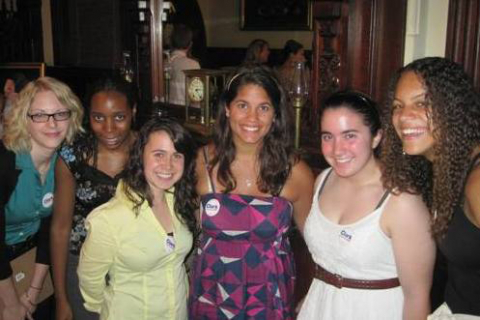