It's over. I'm not a guy, I'm not a jock and I haven't lived in Minnesota for twenty years. But I do have three brothers and a father who are die-hard Vikings fans. So despite the fact that I'm a fashion-loving, bauble-wearing, design-obsessed girlie-girl, I was truly crushed by Sunday's loss. In honor of my home team and those who love them, Luxe & Lucid is featuring all things purple this week. Who knew football could be so inspiring?

The power of purple brought to life by artist Mark Rothko.

Emma Watson in Teen Vogue - darling. And check out her ride!

Saipua, a florist in Brooklyn, has the lushest, most incredible arrangements I have ever seen.

I’ve been on a bit of a fragrance kick lately. YSL’s Parisienne has notes of blackberry, rose and sandalwood. 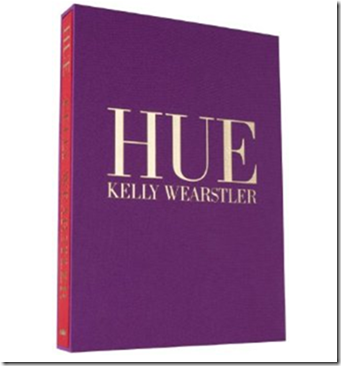 Kelly Wearstler’s new book HUE (I have a signed copy!) and photos of her home office.

I became fascinated by the work of Josef Albers as a fine arts major in college. The German artist was a color theorist whose “Homage to the Square” series illustrated the relationship and interaction of adjacent colors.

Incredible! A pair of amethyst cufflinks from Kimberly Klosterman.

Two rooms by Solis Betancourt – my mentors and professional heroes – both featured in Southern Accents.

This aubergine clutch from Anya Hindmarch is insanely chic

A vignette of lilacs, reds and creams in the Virginia living room of a Huntley & Co. client.

And an ottoman upholstered in an orchid-hued moiré in another client’s Pennsylvania Avenue pad.

And because I'm always looking for an excuse to Google Colin Firth ... Only a man as handsome as this Oscar-contender could rock a lavender ascot and look dashing.