Out of the Spotlight, Ex-Officials Touch Lives in Global Rescue

There was chocolate. The wine flowed. But when a clutch of ex-White House officials and friends gathered recently in an elegant West End townhouse, it was not the average party. Former Laura Bush chief of staff Anita McBride and a circle of colleagues including former labor department official Martha Newton got together to support the Touch A Life Foundation, a group that rescues enslaved and abandoned children worldwide.There wasn't much glitz, there were no flashbulbs or Comme des Garçons gowns -- but 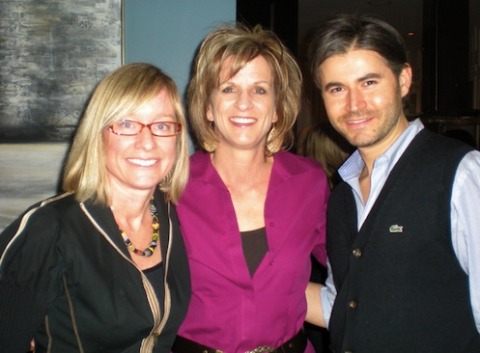 simply a determined, quiet pursuit of good deeds that some say has been missing in Washington since klieg lights and heat-seeking personalities became the reigning zeitgeist. In short, it was a relief to be at a party whose meaning was the people and the purpose, not the paparazzi. Some of that has to do with an unlikely heroine named Pam Cope (pictured above between Martha Newton and Chris Edwards). Ten years ago, Cope owned a hair salon in a small town in Missouri. She worried about matching the pillows and curtains in her living room and driving her daughter to dance class. Then, her 15-year-old son Jantsen died suddenly from an undiagnosed heart ailment. The ground disappeared from under her feet. The sky turned black. Drowning in sorrow, Cope almost lost the will to live. A caring husband and worried sisters circled around her, unable to snap her out of the darkness. When a friend invited her to visit orphanages in Vietnam, Cope reluctantly agreed. Then, something happened to Cope's hurting heart. The plight of these children somehow broke through her pain, giving her a reason to live. Over the next several years, Cope and her husband rescued dozens of abandoned children from the streets of Vietnam, bringing them into the care of missionaries. The Touch A Life Foundation was born. On a weekend trip to New York, Cope's heart stopped again when she saw a front-page New York Times photo of a tiny boy in Africa who had been sold into slavery to spend endless days diving for nets at the bottom of a lake in a commercial fishing operation. 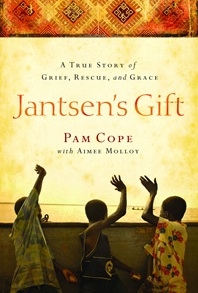 "As soon as I saw Mark Kwadwo's photo that morning, and read about what he was made to endure as a child slave....I didn't know how, or if, I could help him but I knew that if there was any way to get him off Lake Volta, where he fished 14 hours a day, I was going to give it my very best shot," Cope wrote in an arresting memoir, Jantsen’s Gift. Cope broadened Touch A Life and headed to West Africa. In the last three years, the group has rescued over 70 children in Ghana as well as expanding its programs in Vietnam and Cambodia. Kwadwo is a happy, healthy, and thriving seven-year-old at the Village of Hope orphanage outside Accra, living with his siblings Kofi and Hagar—whom the group also rescued from slavery. Martha Newton has juiced Touch A Life’s wide-ranging efforts since she joined last fall. During the 2008 election season, her husband casually suggested she might go back to work. It didn't take long for the can-do former Bush aide to get called onto the campaign trail -- as Vice Presidential nominee Sarah Palin's staff secretary -- one of the inner-most in the inner circle. After logging thousands of miles in hotels and motels in just about every state in the land, Newton thought it might be time to find work a little closer to home. But Touch A Life, with its work around the globe, was an opportunity the expert in international trafficking crimes couldn't turn down. 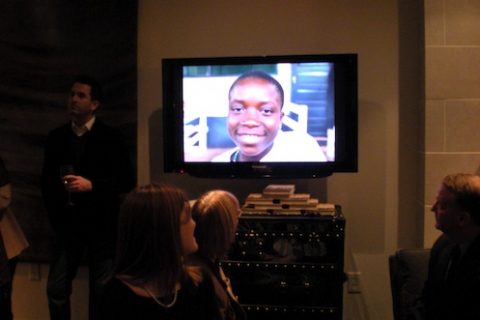 "I'm proud that my friends from the Bush White House are doing such good things," McBride said, unstinting in her loyalty to the former President and First Lady. Also at the gathering were White House and Interior aide Lori Yates (now spearheading special events at the National Zoo), the brother and sister team of Chris Edwards and Dana Edwards Manatos, and others. Touch A Life is drawing on those friends to help more kids in more countries.

Edward Marc Chocolatier -- the family business of Chris and Dana Edwards -- has teamed up with the foundation to donate up to 20% of sales to the program. "Chocolate is not Democratic or Republican," said Chris. "The most important campaign is reaching out and helping others that are in need."

Touch A Life has already drawn the attention of Hollywood. Malaak Compton-Rock, wife of comedian Chris Rock and founder of Journey for Change, has teamed with Touch A Life to launch a trans-Atlantic youth service and advocacy partnership, “From Captivity to Capitol Hill," which will launch in March. The African-American celebrity activist and the Missouri mom are the closest of friends -- bound by their commitment to rescuing child trafficking victims.

"I always secretly desired to live a life of purpose—a life of meaning, a life of living out my passion," Cope said in a speech recently. "I just hadn’t the slightest idea of what that looked like for me.” What it looks like now is a global rescue operation that is saving children and changing the world.

Read more about the Touch A Life Foundation here.