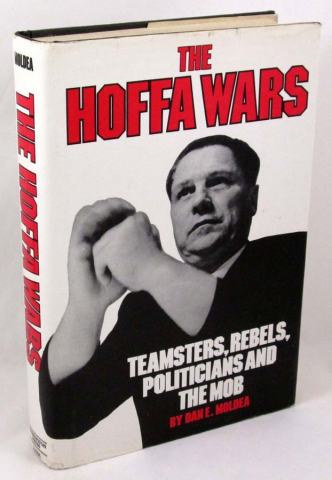 “I was writing about Hoffa and the Teamsters about eight months before Hoffa disappeared on July 30th, 1975. So when it was announced that Hoffa disappeared, I hit the ground running,” best-selling author of “The Hoffa Wars” told Hollywood on the Potomac during an exclusive sit down interview. “So here we are 44 years later and I’m still looking for him.” We sat down to talk about updates to the disappearance of Jimmy Hoffa as the new Netflix drama “The Irishman” is poised to be widely released. As an expert, Dan Moldea has been following the case for over four decades and casts serious doubt and cynicism to the accuracy of the historical drama based on his own interactions with the main character and other characters in the film.

Book synopsis: “The Hoffa Wars is the story of Jimmy Hoffa and his domination of the Teamsters Union, the nation’s largest and most important labor union. It is a history of power and the wars fought among the Teamster leadership, and how these wars led to the murder of Hoffa, the corrupt, charismatic union boss.” Google Books