Her maternal grandfather Max and uncle Julius had been running the Weissglass Dairy farm on Staten Island for 10 years in 1915, when Rita Baumgarten, the third of five children was born in New York City. 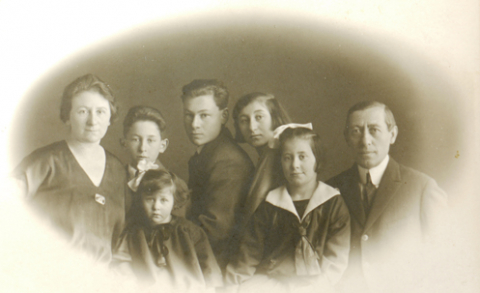 When she was five, my mother moved with her family to a suburb of Vienna where her father returned to the prosperous oil business he managed before the first World War. That is, until Hitler invaded Austria in 1938 and the family settled in New York for good. 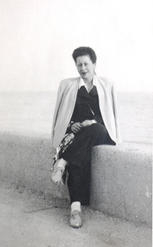 A short walk to the nearest coffee house was where my grandfather conducted business, daily dinners started with a trip to the baker and butcher, dressmakers made the family wardrobe, and my perfectionist mother got her early start in fashion by re-making her own outfits.

When the town needed a new tennis court and Olympics training pool, they called on locals for financing. But if a patron were Jewish, it didn’t necessarily ensure access to the facilities. Testament to early 20th century engineering, Modling’s mosaic tiled swimming pool, with its avant- garde filtration system was exactly as my mother described it when we visited in 1990. 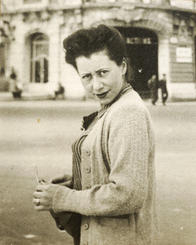 My first recollection of her voice was listening to the fairy tales of Grimm and Anderson (“Great Claus and Little Claus” was my favorite) but no stories were more interesting than those of the Baumgarten household, with the antics of five mischievous kids, and a steady procession of Dickensian characters that traipsed through its doors. One regular was a chubby young boy who grew up to be investment banker Felix Rohatyn. 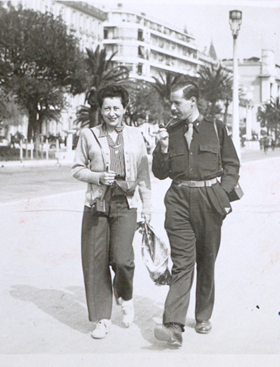 Echoing black and white tiled hallways and a creaky caged elevator that always landed on my grandmother's floor, that Washington Heights apartment was the place I was first introduced to the growing clan in the prime of their transplanted lives. (Photo at left, Rita and Kurt Beermann taken in Nice, 1946.)

I came on to this scene in 1953, a year before my father’s throat cancer almost derailed his plans of becoming a college professor. 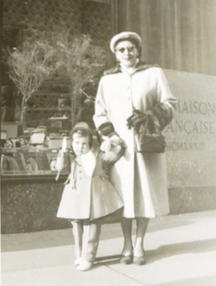 Thanks to Oscar, my mother’s physician brother, and what was for the time, experimental surgery, my father retained partial use of his vocal cords. Not enough for his voice to project in a lecture hall, but plenty where sign language is the mother tongue. So my parents moved to Washington and my dad began his teaching career at Gallaudet University, then a college. (Photo below taken on my parent's first trip to DC in 1952.) 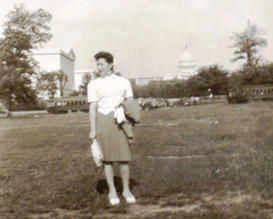 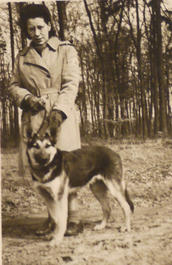 Marrying ‘late’ (31) to a younger man (24) and having me ‘really late’ (38) meant she was delighted to stay home and entertain me. It was easy in the beginning. I was cute.

Many of her dreams were never realized, I think she would agree. But as a brilliant and devoted caregiver, my mother was unquestionably a star. A woman of unwavering integrity, she always told the truth and more important, knew what the truth was. Never shy about constructive criticism (I provided a wide variety of topics) she was as talented and intelligent as she was honest. Simply, very few people really knew her. I was lucky.

She excelled at whatever she tackled. A gifted artist who began copying Old Masters at 35 (low confidence precluded early attempts at original work,) she took up nude figure drawing and abstract painting at 65. 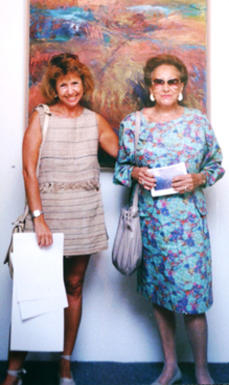 At 75 she started lifting weights. A modern spirit who didn’t flinch at her daughter’s escapades, rather, pragmatism kicked in and her focus turned to safety. On more than one occasion, when I refused to extricate myself from a dicey situation, she warned I could get myself shot ...

She had a knack for assessing the competency of my mentors, the character of my friends, and the wisdom of my passions. She didn’t mistake my often precocious behavior with readiness. Not blessed with a poker face, she could readily hide her skepticism if it meant an opportunity for me to grow. She never confused her disappointments with mine. Well, except maybe when I stubbornly said I didn’t want a dollhouse. She desperately wanted me to have the one she never did. I would have LOVED a dollhouse, especially one she selected. Only I didn’t know it then. She should have just bought it instead of listening to a contrary six- year old. But she respected how I felt and took me at my word.

At 19, when I wrote her from an extended trip abroad that instead of finishing college, I was moving to the Cote d’Azur with an English boyfriend, she somehow knew I needed, what is now euphemistically called an intervention. So she met me in Madrid, and brought me home. I was secretly quite relieved. Not about the France part. 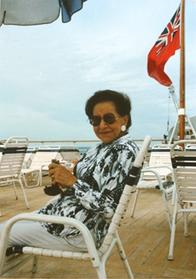 In my thirties, when I won a National Zoo photo contest for a close-up of Ambika, a resident Asian elephant, she said, ”Nice camera!” It was a comment on a very sharp zoom lens, not a dismissal of her daughter’s talent. For her, it was a given that I could accomplish anything I set my mind to. After all, she never doubted I drew from memory that painting of an elephant at five my teacher was convinced I had traced. It helped that I always brought my stuffed animals along for inspiration on our visits to the zoo. 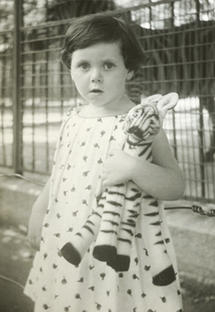 I’d like to think I have her refined eye and sense of beauty, but I’m positive I inherited her respect for nature. Because of her, I know how it feels to have someone who truly, always has your best interests at heart.