The Class of 2010 arrived today at Bourbon Steak Restaurant ready for a little digging. Through its partnership with Higher Achievement, a year round enrichment program for underserved students in DC and Alexandria, Bourbon Steak launched its Kid's Garden on the grounds of Georgetown's Four Seasons Hotel. 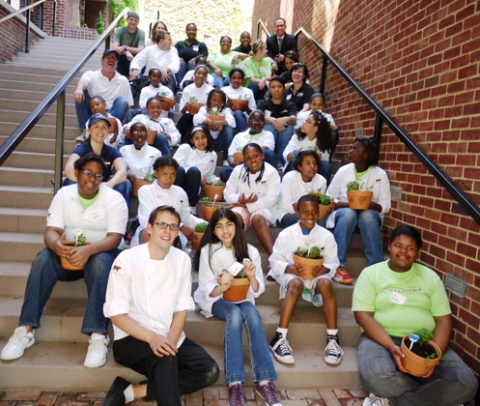 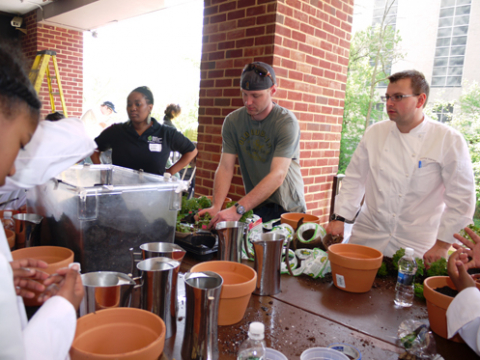 Bourbon Steak's, Chef David Varley (shown above) told the 20 young culinary artists,“ You are the future. Let’s turn the clock back on food production, and close the circle.” He explained that recycling begins when food is delivered to his restaurant, and all the wet waste is collected and sent to EnviRelation who turns it into dirt, enriched dirt, that is, and delivered right back to the restaurant for use in planting. 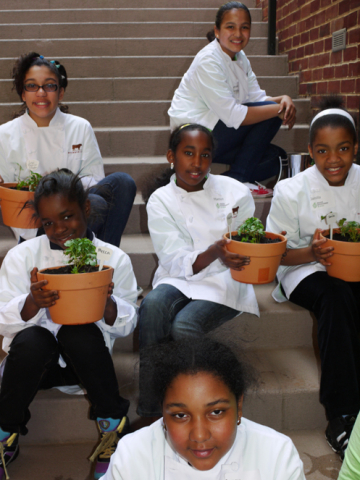 After preparing their very own pots filled with cilantro and basil (and dirt!) to take home, they were off to plant carrots, cilantro, basil, turnips, radishes, mesculin, swiss chard, and red and yellow beets. 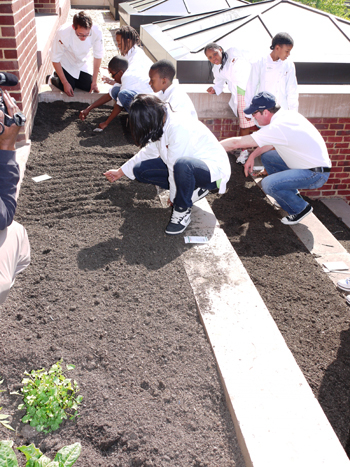 Jamaal Ellis of KIPP Key Academy (shown below) explained that his whole family loves to grow vegetables. His favorite? "I like potatoes because of the way you plant them. You have to wait awhile, but when they come up, they're something beautiful." 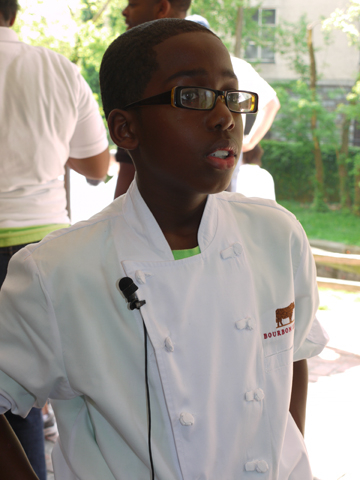 The garden includes the two top tiers reserved for kids and three rows for tea herbs. 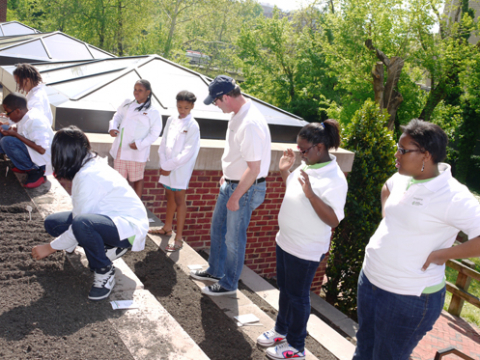 Along the canal, another embankment on the hotel grounds, started last year, now produces enough herbs for all the meals served at the hotel, Four Seasons' Executive Chef Doug Anderson told us. 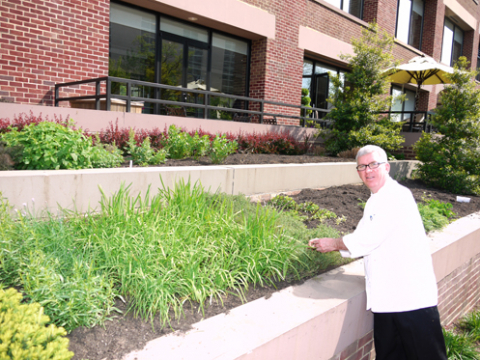 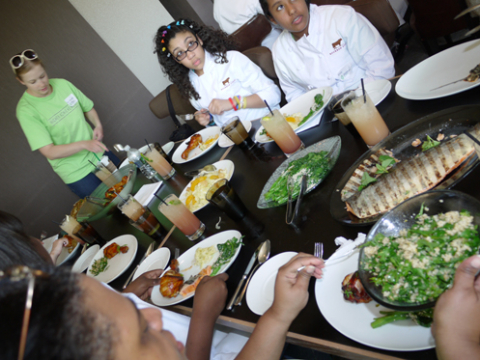 Later this summer, the kids will be back to reap what they sowed and help Chef David prepare a meal with their first crops. Closing the circle indeed.