Fashion For Paws 2010 Was For the Dogs

Washington was transformed on Saturday night into a scene from New York Fashion Week. At the Italian embassy, the Fashion for Paws runway show glowed with pink lights over a bright white runway, live DJ, flowing champagne and lots of dogs. Although Anna Wintour was not in the front row, D.C.’s fashionistas came in their new spring clothes, albeit some covered in dog hair. 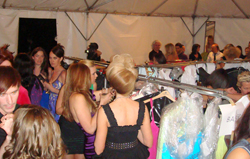 The annual event raises money for the Washington Humane Society to rescue animals and find them safe and loving homes. This year’s Fashion for Paws (“F4P” for those in the know) was chaired by philanthropist Amanda Polk, wearing purple Karen Millen. In her first year as gala chair, Polk along with Executive Committee co-chairs, Windy Shepard and Heather Guay led the effort to raise almost $350,000. 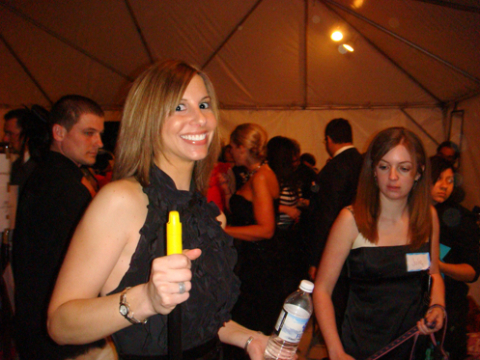 Executive Director of Fashion for Paws Tara de Nichols (above) oversaw every detail of the event, from sweeping broken glass backstage to cheering on the pups as they did tricks on the runway. The effervescent Pamela Sorensen of Pamela’s Punch emceed the show wearing a pink tutu dress from Betsy Johnson. 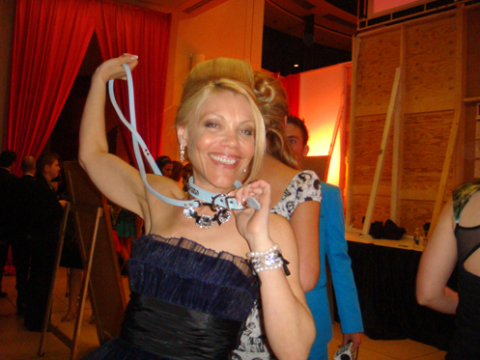 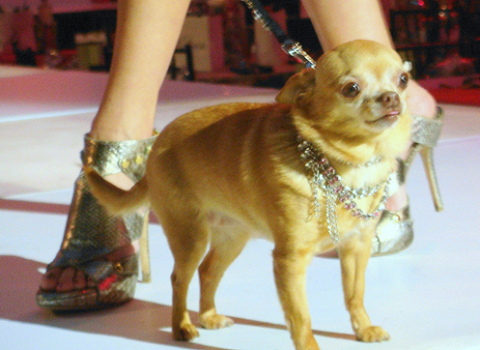 The female “Model Washingtonian of the Year” was veterinarian

Dr. Dondi Dahlgaard who raised $25,250 -- breaking all fundraising records in history. Dahlgaard and her famous Chihuahua ChiliBeyonce said in remarks before the show that they were just “happy to help other dogs find loving homes.”

The Fashion For Paws Runway Show 2010 was for the dogs. Literally. 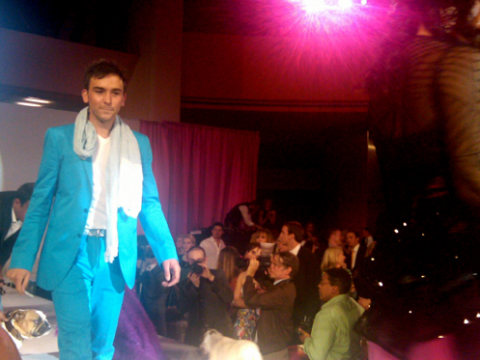 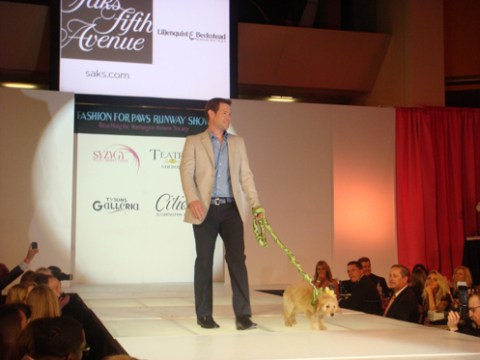